This beautiful green island full of flowers, beautiful landscapes, lots of hikes and ocean views would not have crossed my mind - if it wasn't for corona. But I'm glad I got to know Madeira with its friendly people and yes, good vegan food. In this article I share my vegan tips for Madeira!

Is Madeira a vegan heaven with a great vegan-friendly cuisine that always has several vegan options on the menu? NOPE! It is a small island that is really a few years behind in this matter. Yet you can already see the word 'vegan' appearing on the menus at many restaurants. If not, you can almost always work it out with the waiter by simply asking the right questions or thinking along with the chef. Just like in the whole world, by the way. 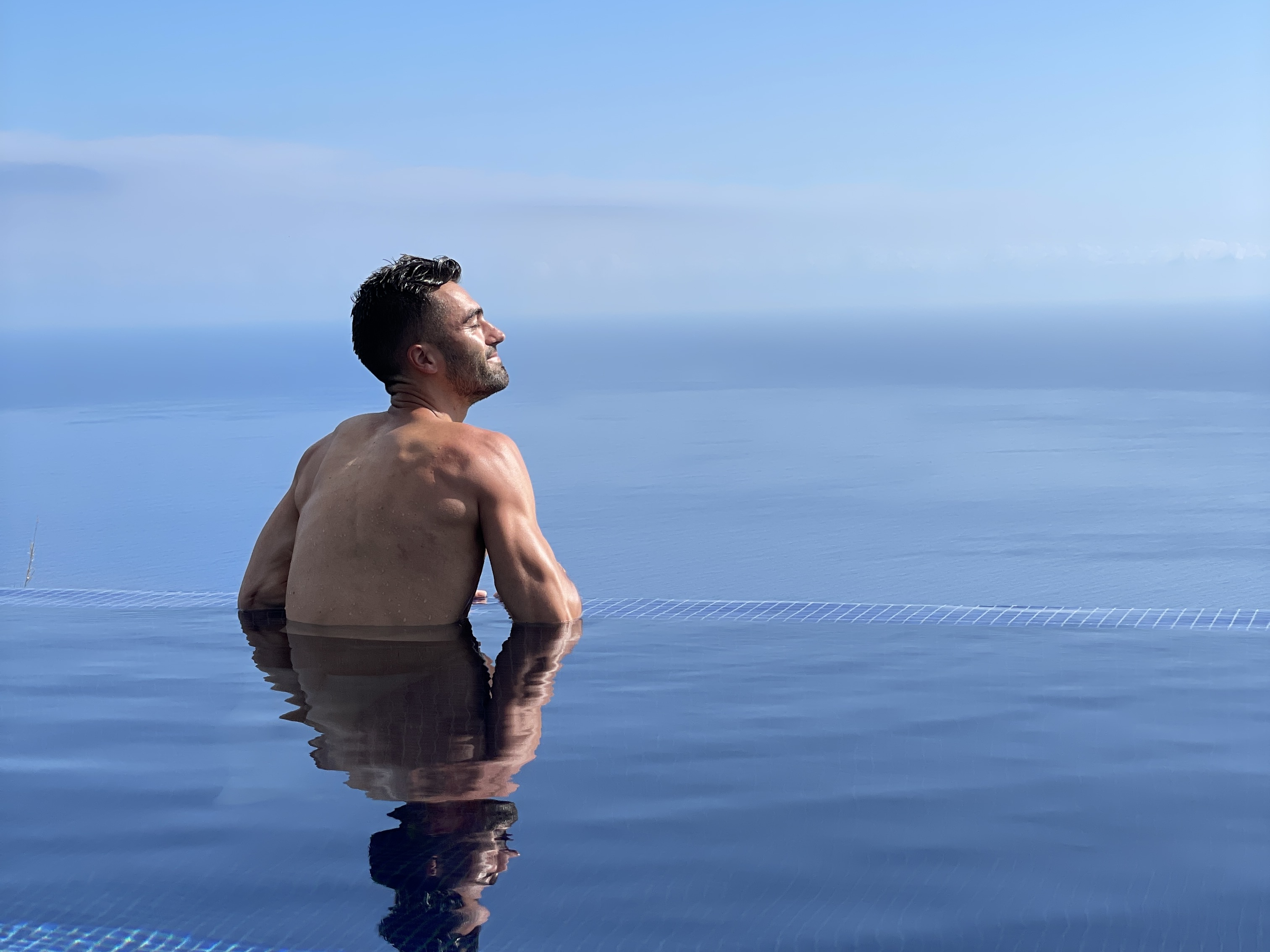 Basic tips for traveling as a vegan

Besides flowers, Madeira is also known for the many special, juicy fruits that can be found here, many of which have come over from Brazil. You'll find special varieties of maracuja, araçal, anona and did you already know the 'Monstera delicious' delicious fruit? This elongated fruit, which you pick off piece by piece, tastes like a strange combination of banana and pineapple!

The traditional Madeiran flatbread that they are even more proud than the French are of their baguette. You'll find it anywhere, usually served with garlic butter and parsley. They often had vegan butter or they used olive oil with (a lot of) garlic. Bolo do caco was EXACTLY in my sweet spot and I therefore kept saying: a day without bolo-do-caco is a day wasted in Madeira. 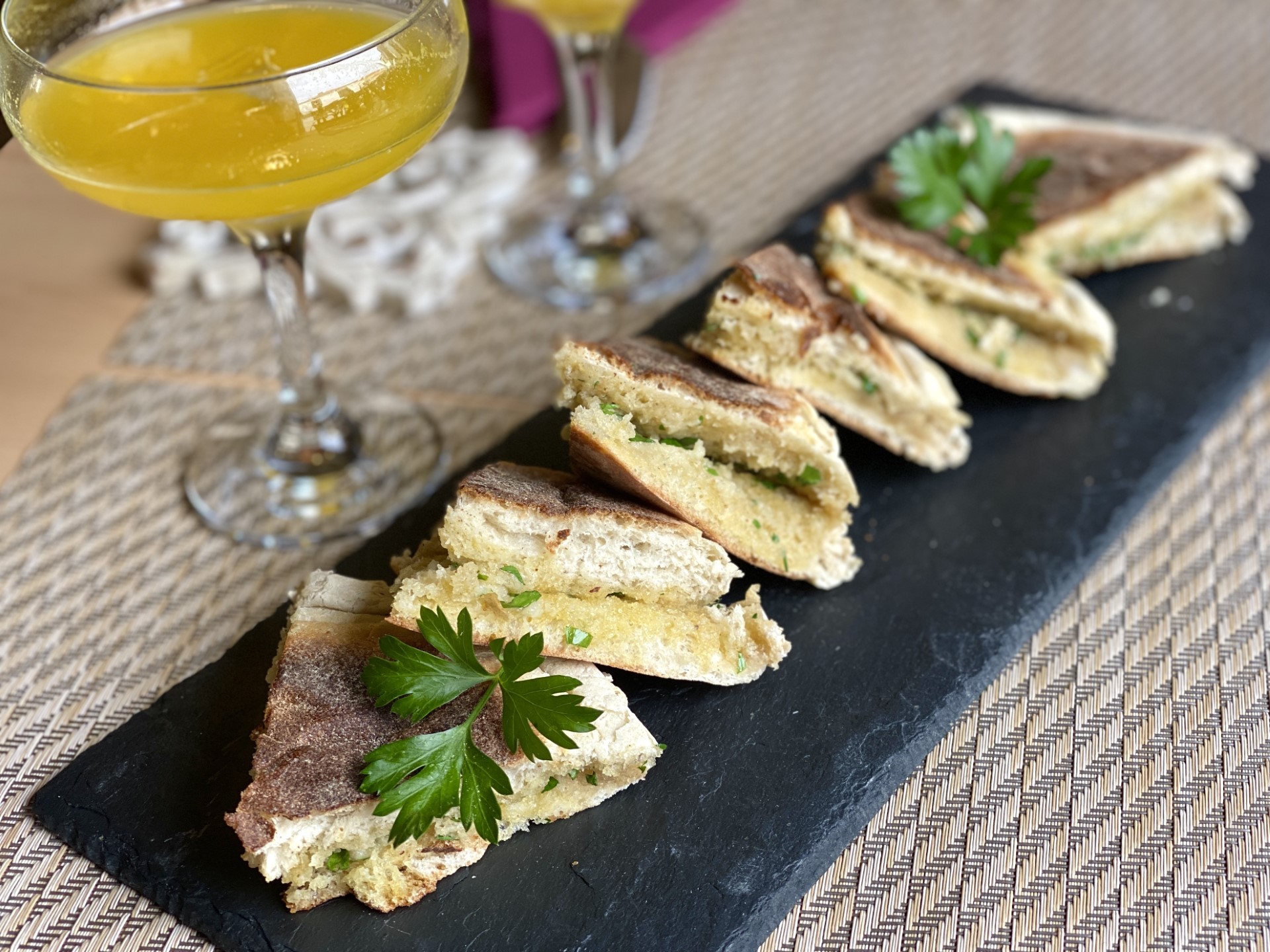 Bolo do caco with garlic

Definitely Madeira's number 1 vegan hotspot. In fact, Mundo Vegan is currently the only 100% vegan hotspot on Maderia! Owner Katia is an award-winning cake baker (much to the grief of all the non-vegan bakers whom she beats) and really does it out of a huge (and slightly activist) drive and passion for the animals, the planet, health and fellow human beings. This clearly shows everywhere on the walls, mirrors and menu.

Do not miss this one in Madeira!

A cozy, small restaurant in Funchal with several vegan options on the menu. Also my first encounter with (a very good) bolo do caco (typical Madeiran flatbread) with vegan garlic butter and parsley. We also had the seitan steak with mushroom sauce and couscous (delicious) and the 'veggie burger', which was very mediocre. For dessert a chocolate brownie with sorbet!

This small pizzeria offers vegan cheese that you can choose with every pizza. Very nice waitress who double-checked everything with the kitchen and after our order found out that all pastas contain egg and immediately let us know to change our order. They're right under Gavino's. 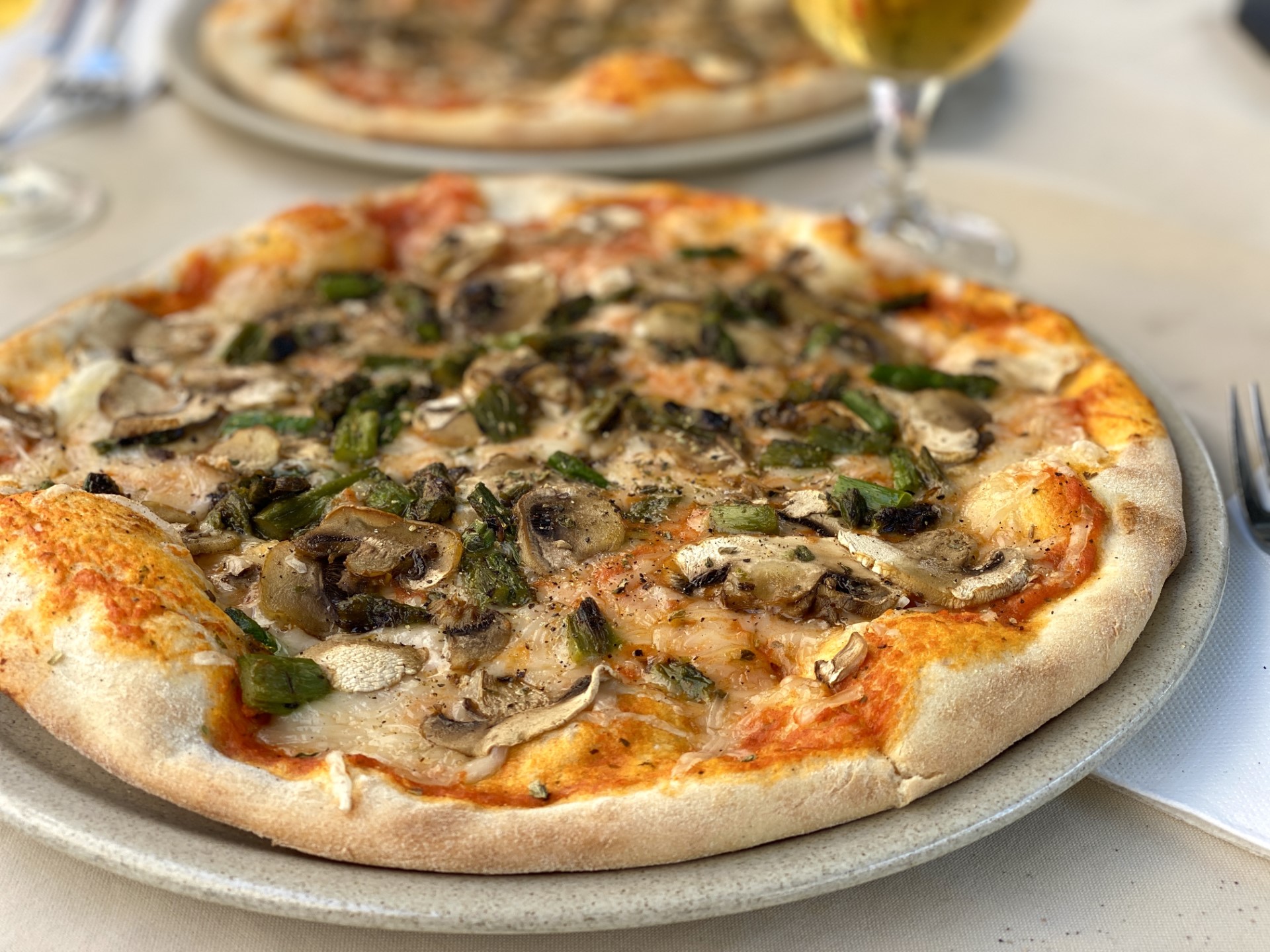 This paella restaurant is located opposite Xarambinha and Gavino's and serves tasty vegan paella on request. Quite touristy, with live music and all, but sometimes that's just what you're looking for. 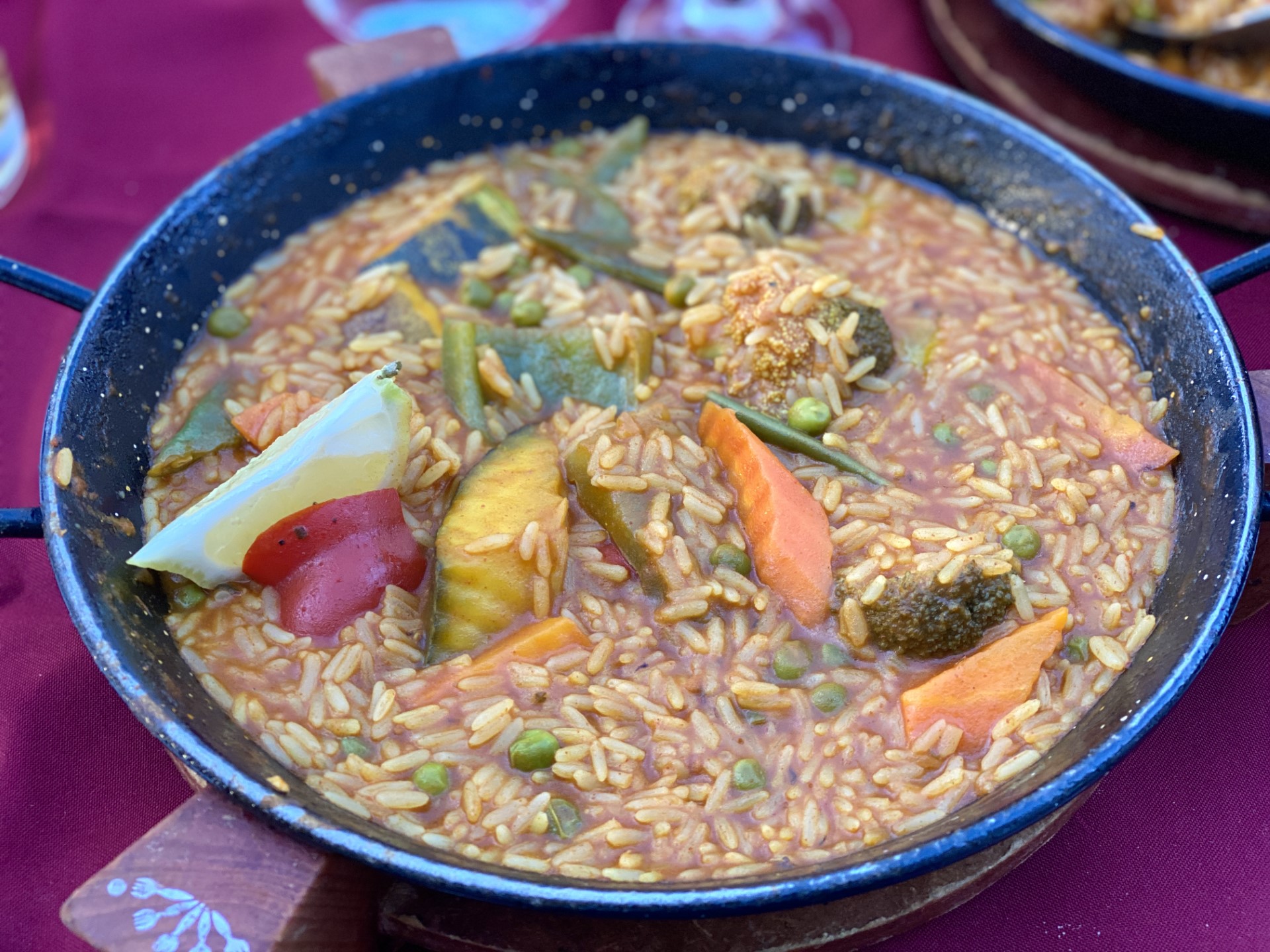 This restaurant with a cute balcony on one of the most beautiful avenues in Funchal, opposite the palace, has a separate vegan menu. We were only here for a 3pm snack so we only tried the vegan risotto, which was delicious! 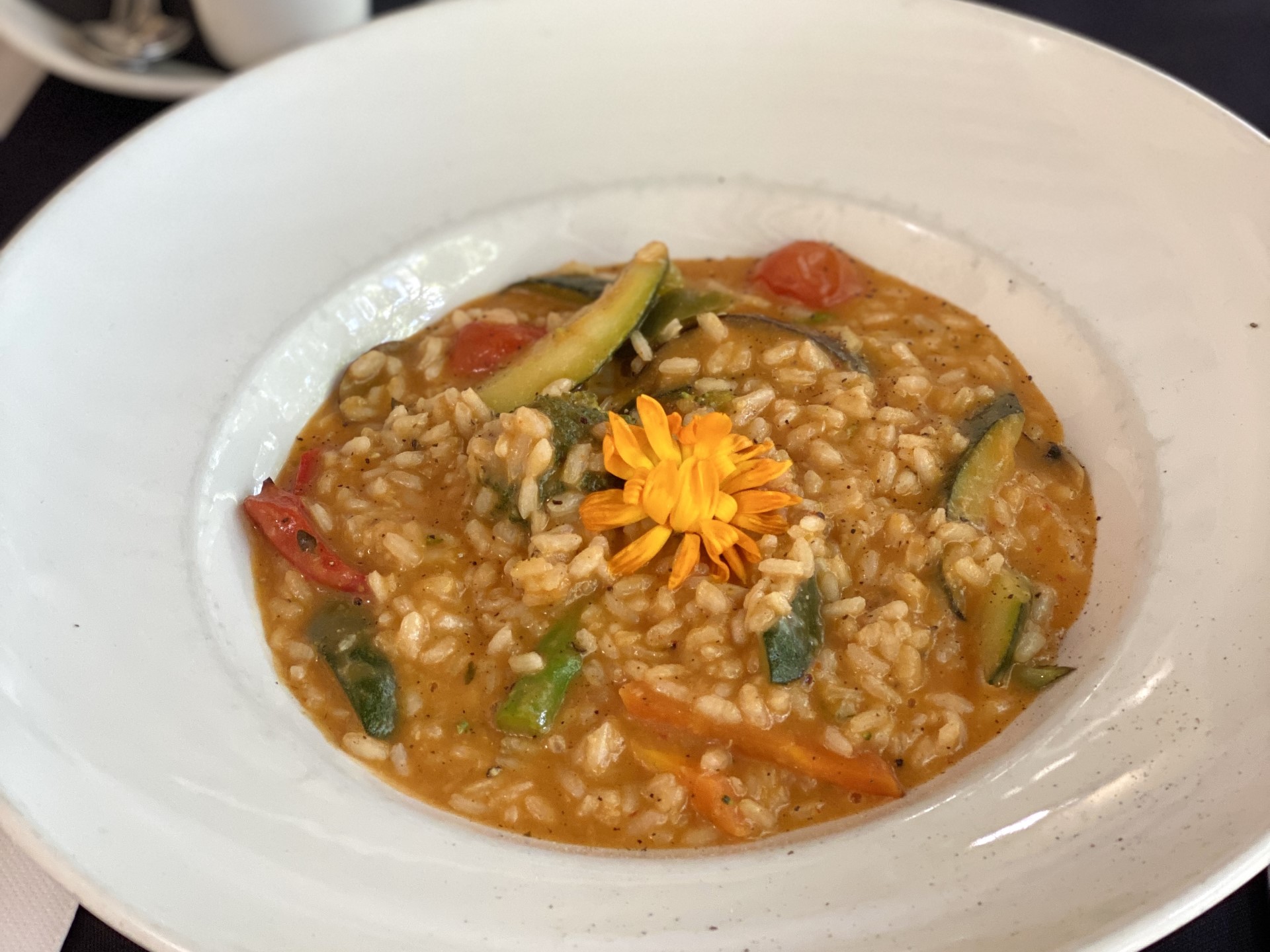 In the harbor of Calheta you will find Manifattura di Gelato, which was recommended to us several times by (non-vegan) locals. Also by emigrated Italians. They have several vegan options on the menu and it overlooks the harbour. We liked it so much that we even ate there a second time.

In the same harbor of Calheta, next to Manifattura, you'll find Buddha & Sakura. A special fusion between Indian and Japanese cuisines. Not what I would quickly pick on holiday in Portugal, but this restaurant is run by people from these countries, the sign said 'vegan options' and it smelled really good. It tasted even better, which made us come back again for lunch.

A tiny, cute cafe in quiet Prazeres that serves a vegan apple pie, an aubergine and hummus sandwich and various juices. 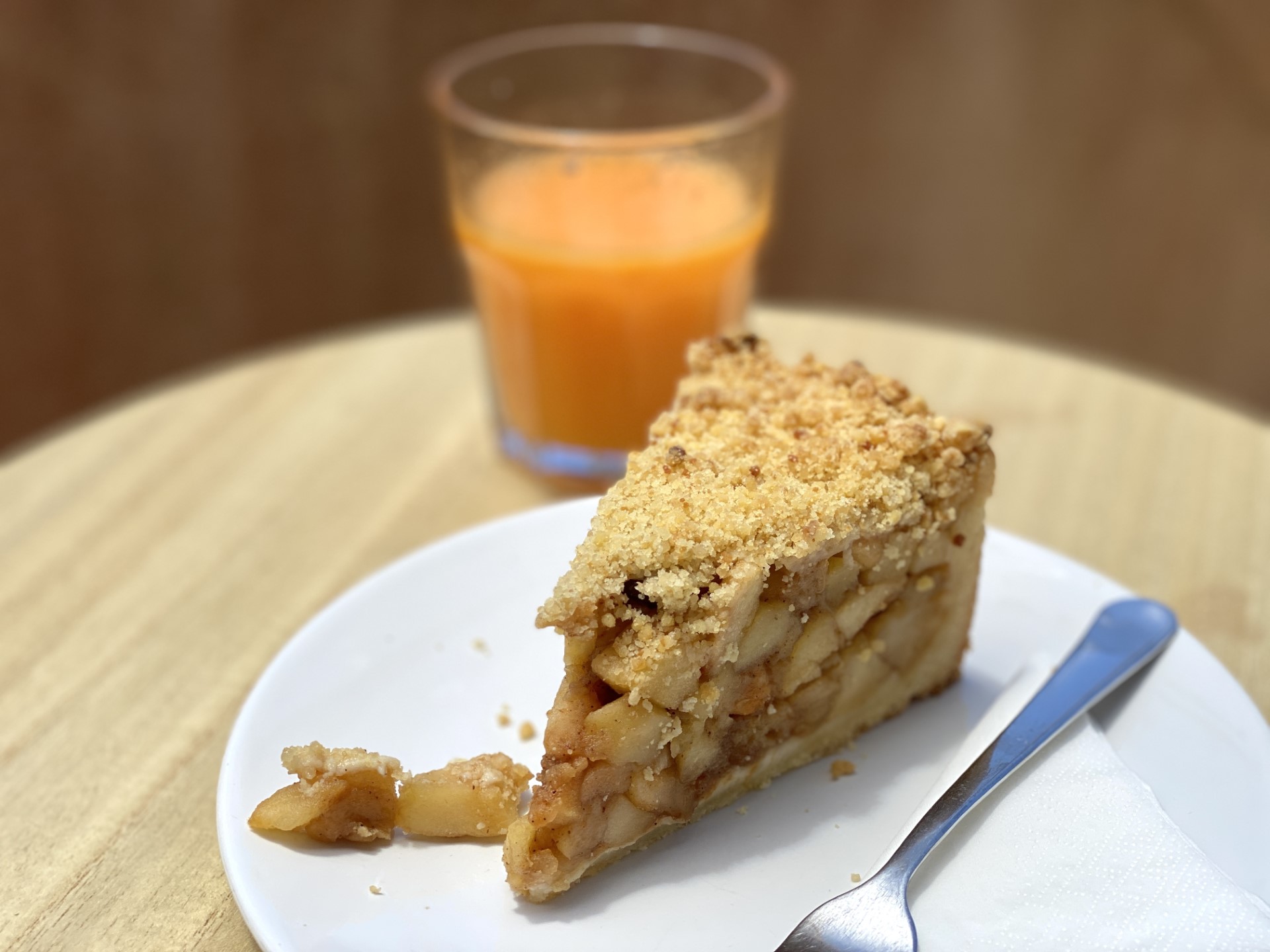 Exactly in the restaurant where you least expect vegan options, they have an extensive vegan menu with various vegan starters, main courses and desserts.

Bolo do caco with vegan garlic butter, a Moroccan tagine (with aubergine, chickpeas and couscous, a favorite!), a Veg Chili with mixed beans, red pepper and chipotle sauce and for dessert a very original, warm strawberry-rhubarb crumble. Yum!

In short: you may have to search a little longer in Madeira and you may have slightly less choice than you are used to, but you can definitely find delicious plant-based food here.

Have fun in Madeira!

Hi! I'm Dennis, a biologist specialized in animal welfare and ethics and a diehard vegan foodie who likes to show you how easy, fun, diverse and logical a vegan lifestyle is.

This site uses 100% vegan cookies. We use cookies to keep statistics, to store preferences, but also for marketing purposes. By clicking 'optimal', you agree to the use of all cookies as described in our cookie statement. If you prefer not to do this, click on 'minimal'.